Busses drop our students off starting at 8:00 a.m. for breakfast, and first period begins at 8:30 a.m. I try to be in my room after 8 for my early birds who want to drop off their bag before they eat. One day last week, a student who usually isn’t early came in well before anyone else, picked a seat, and put his head down. I’m sure I said good morning, but I probably didn’t say much else. Students who come in at 8 and put their heads down usually want that last 30 minutes of sleep. 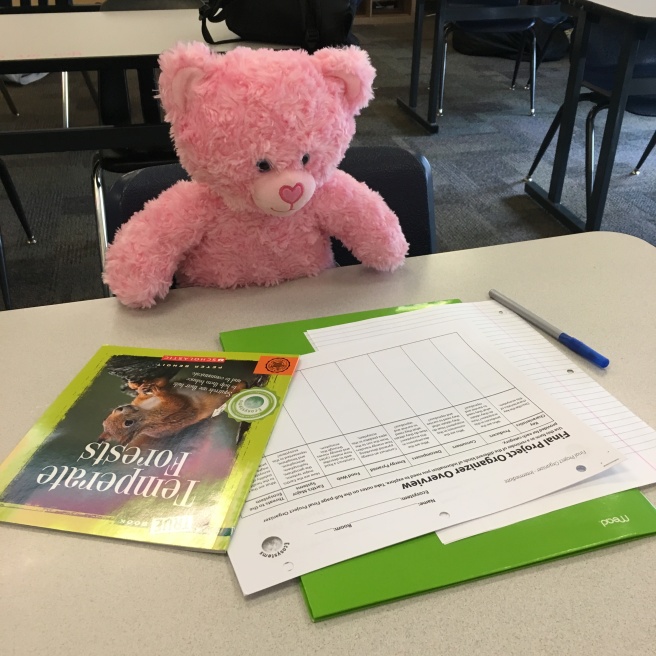 Fast forward to midway through first period. Students are working independently on a series of research questions about an ecosystem; while I teach English, our current focus is informational reading and writing through the lens of a science topic. Since it’s first period, many students are slow getting started, but a few are asking me questions or are ready for me to check off what they’ve finished. The student who arrived first today isn’t yet working, but he’s only recently rejoined the class after being gone for a long period. He will need my help getting started since he hasn’t yet learned our strategies for reading informational text.

As I move around the room, I notice that someone’s music is extra loud, louder than the instrumental music that I have playing over the classroom speakers. Of course the students aren’t supposed to have their own music playing, but I pick my battles. I make a mental note to ask him to turn down his music after I check in with one more student.

It’s at this moment that another student, a young man at the opposite corner of the classroom, hears the music and looks around to see whose it is. He gets up and walks across the room to the student with the loud music, the same student who was the first to come into my room. He asks him a question then pulls over a chair. He leans over and wraps the student in his arms. It’s only then that I realize that the music was hiding the fact that the student was sobbing.

I called a friend and colleague who is close to the student to make sure that she was in her office, and I wrote the two boys a pass. The second boy returned after a few minutes and put his head down. When I checked on the first boy in my colleague’s office, he was smiling, laughing, coloring a picture. When he asked for a restroom pass, my friend filled me in on what was going on. To say it’s a crappy situation is an understatement. It sucks.

I try to watch my students more closely. I ask them how they’re doing, and I make sure to listen to their answers. I tell them I’m glad they’re here. I tell they’re loved, they’re strong, they’re brave, they’re resilient. I tell them I’ll see them tomorrow.

And I hope, that just like the observant young man in first period, that they will continue to look out for each other.

View all posts by Lea Kelley