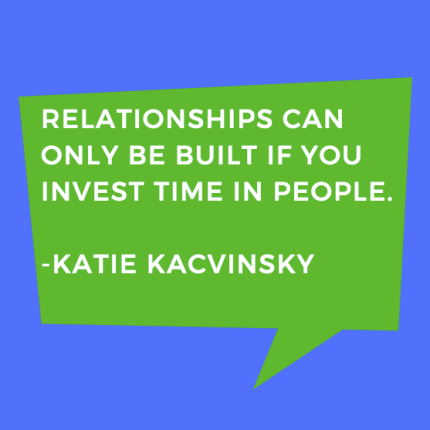 In the last four school years I have taught three different grade levels. I jumped from fourth grade to fifth grade. During that first year with fifth graders, I learned with  35 of the 57 students I spent time with in fourth grade. After spending one more year in fifth grade I jumped to a seventh grade position this past fall. My new school is the middle school that welcomes students from the elementary I left last spring. This rather unusual path led me to be a 7th grade Language Arts teacher for a group of students I also worked with when they were in fourth and fifth grade. We know each other extremely well. I have invested an enormous amount of time in building relationships with this group of frequent fliers.

One of these frequent fliers is a child who I worry about excessively. For the purposes of this post, I will call him Jonathan. Jonathan is a very unique child. He in incredibly intelligent, has an amazing sense of humor and devours information at alarming rates. That being said he struggles with impulsive behaviors that make social interactions difficult for him. Jonathan’s behaviors toward other students often leave him ostracized. I have witnessed how his quick wit is not perceived well and/or his quick temper drives peers away from him.

Besides challenging peer relationships, Jonathan is also one of those kids that aggravate some teachers. The quality of his work doesn’t always match his intellect. He can rush through projects making careless errors and sometimes he won’t work hard because he thinks the work is pointless (which for a student with his background knowledge, the work might actually be pointless).

Jonathan is one of those kids that you love because he will make you laugh and want to talk about the latest Rick Riordan book that he read in one day, but will break your heart when you hear that he impulsively hit another student in the hall and has to spend a day in the office.

When I found out that Jonathan was going to spend another year with me I shifted my thinking about what my role for him should be this year. I knew no matter what I did as his Language Arts teacher Jonathan would continue to devour books and most likely rush through writing projects. Helping Jonathan develop the more affective domain skills of communicating and connecting effectively and more empathetically with classmates became my goal for the year.

I’d love to tell you my plan to help Jonathan has been a resounding success. It would be great if I could say that after a few weeks of one-on-one talks and sharing books and articles with my students that highlighted ideas like kindness and empathy that Jonathan is now a beloved student. I wish I could say his classmates have suddenly started appreciating Jonathan’s differences and welcomed him into their social circles. Jonathan is not an Auggie Pullman feel-good story yet.

I do think the subtle, but consistent work I have done has helped him this year. Jonathan does not interrupt other students in the class discussions as much as he did previously. Jonathan is not as quick to fire off a snide comment when someone says something he perceives as being completely incorrect. He was also unbelievably patient and kind to his group in recent book club conversations. The Jonathan from earlier this year would have not uttered a statement like “Oh, I wouldn’t have called Castle (the main character in Jason Reynold’s novel Ghost) a troublemaker, but I respect your opinion.” He probably would have ripped that idea apart because he didn’t agree with it.

I cherish these small victories because I want Jonathan to thrive, not just survive. I want Jonathan to learn how to be a better version of himself. I think if he can hold tight to all of the good in him and continue to work on improving some of his negatively perceived traits he will be in a much better place.

I share this story to remind myself and hopefully others the work we do as teachers is more valuable in the long run if we invest in our student as humans first. Jonathan will most likely graduate from high school with above a 4.0 and get something like a 34 on his ACT, but he will be in a better place if he can do those things and feel valued as a human. So I am determined to plug away and invest my time with him as a person as much in not more as I invest in pushing him as a student.